The pages of progress flick by quickly around Blayney.

One moment you’re driving through the decorative flourish of its Victorian main street. And next, the sky is full of the rotating paddles of the Blayney Wind Farm’s turbines.

The way of the past and the way of the future in the bat of an eyelid. The town was officially gazetted in 1843 as the Village of Blayney and is located on an alluvial flat with a couple of useful resources not far below the surface – water and gold.

In 1867, a prospector struck gold near Blayney and, more than 150 years later, one of the largest gold producers in the world is still recovering 700,000 ounces of gold a year from the region.

Blayney Heritage Park with its adventure playground and wetland wildlife habitat makes the town a popular stop for family groups.

Other attractive tourist destinations within the Blayney Shire are Carcoar, Millthorpe, Neville and Newbridge. 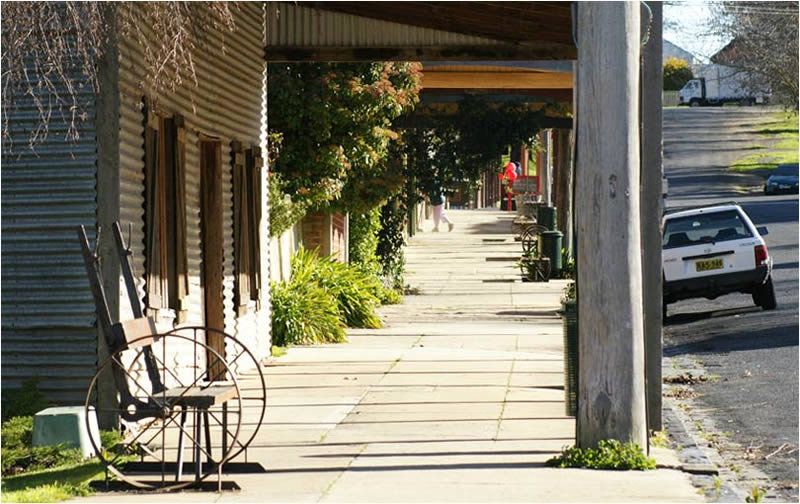 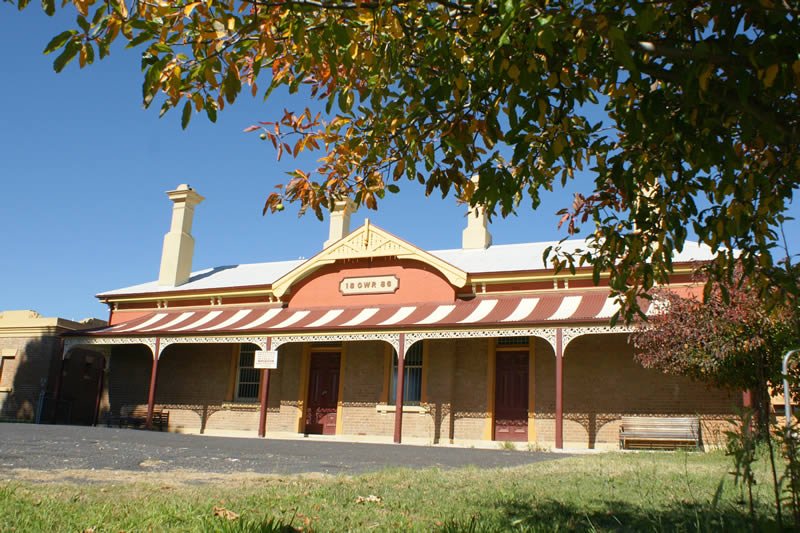 Being part of the Blayney community is like belonging to a club. There’s a special bonding here and terrific community support. Visitors can share the vibe at the Exchange Hotel.

Each step forward along Adelaide Street is a delightful step back into the 19th Century. Your stroll becomes a parade of late-Victorian mansions, villas and bungalows many with mature gardens and retaining their old stable buildings. The period character of the main street is reinforced by hipped iron roofs, bullnose verandahs, and decorative gables and chimneys. There are commercial buildings – banks, bakeries and butcheries – with arched parapets and a fine cluster of civic buildings including the Court House (1880) displaying Victorian Free Classical styling and the adjacent Post Office with its Italianate touches. The Masonic Temple stands stiffly at attention with neo-classical self importance while the old Royal Hotel dating back to 1886 has a relaxed Mediterranean feel with later Art Deco details. And punctuating the period streetscape are coffee bars, cafes and beer gardens that allow you to pause and contemplate the contrasts of now and then.

Admire the views over Blayney and its surrounds from Church Hill Lookout, and stop by Blayney Heritage Park. Let the children off the leash to develop their imagination and mischief skills on the climbing frames, flying fox and space net. The Park’s wetlands are both a wildlife habitat and an eco-friendly method of recycling water for community use. Stop at the viewing platform overlooking the Carcoar Dam and Blayney Wind Farm, or drive across the dam wall for a closer look at the wind turbines. The historic village of Carcoar is heritage listed for its preserved homes and public buildings. A gold discovery created a population boom here in the 1850s and the old hospital (1861) was only the second hospital west of the Blue Mountains. Carcoar’s Court House and St Paul’s Church are particularly worth visiting. Carcoar’s Royal Hotel bistro offers lunches on Fridays, Saturdays and Sundays, and evening meals on Thursdays, Fridays and Saturdays.

Time your visit to coincide with the Blayney Farmers Market on the third Sunday of every month at Carrington Park, and load up with fresh seasonal fruit and vegetables, fresh organic meats, olive oils and pestos, fresh and smoked seafood, and bakery items.

The tyrannies of time, distance, indecision and error led to Blayney having three names early in its establishment – Blaney’s, Blaney, and eventually Blayney.

SEE & DO AROUND BLAYNEY SHIRE NSW

Get out to Mandurama Royal Hotel for a  char grilled or dry aged steaks.

Places that suit your style

Your guide to gastronomic delights